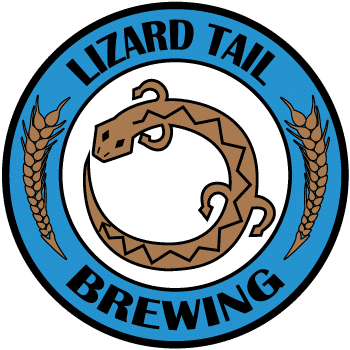 The pandemic has provided the Lizard Tail Brewing team time to increase its canning operations, expand its offerings and secure two new locations – Lizard Tail Industrial at 3351 Columbia NE and Lizard Tail Nob Hill at 3417 Central Ave., Suite C. The employee count has increased from 15 to 41. The original location was opened in 2014 at 9800 Montgomery Blvd. NE, Suite 7.

“The craft brew scene in Albuquerque is hot,” explained Dan Berry, Lizard Tail Brewing Founder and Managing Partner. “The competition here is great for the industry, and today New Mexico has the best beer in the country.”

Berry, a trained engineer and biologist, began brewing as a home brewer, dating back to his early days in college. A trip to Europe got him hooked on brewing a large variety of beer, and it’s been his passion ever since.

“I got burned out in the factory/production setting I was working in,” he explained. “When the Heights location became available, I made the permanent switch to business owner and master brewer.”

The Industrial location had been another tap room that shut down during the pandemic. The owners were anxious to get out of the business, and it was a turn-key opportunity for Berry. That location has a full kitchen, live entertainment and the full cadre of Lizard Tail beers and ciders.

The Nob Hill location was formerly a Poki Poki location.

“Both locations came to me,” Berry added. “It was really fortuitous, and we are thrilled to have locations throughout the Metro now.”

All three locations sell Lizard Tail beer in cans and growlers. His future plans include widening distribution throughout New Mexico and ultimately regionally and nationally.

“We make every style of beer, and we are one of the only brewers to offer Mead,” he said. “I hope people check us out, and make Lizard Tail their go-to brewery.”